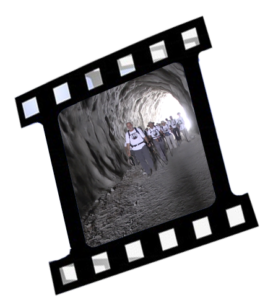 In 2014, for four days, dozens of Armenian-American Hikers walked 100 kilometers (about 62 miles) through the Angeles National Forest and Los Angeles basin, in memory of the victims of the Armenian Genocide, which began 100 years earlier: April 24, 1915.

As they crossed the finish line on the fourth day, at the Armenian Genocide Memorial in Montebello, they were joined by bikes, motorcycles, and a downpour of rain.

The humble effort was a small way for the these descendants of genocide survivors to replicate one aspect of what hundreds of thousands experienced: a forced march through the desert.The documentary is filled with beautiful scenes, as well as hikers’ poignant recollections of an ugly page in human history.