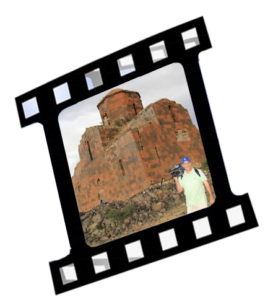 In the Summer of 2013, two-time Los Angeles Area Emmy-award winning journalist Peter Musurlian, travelled to what is now Eastern Turkey, along with 25 other Armenian-Americans, including an 81-year-old professor of Armenian History from UCLA, and a retired Los Angeles aerospace engineer, who, during nearly 80 trips, had taken more than 1,200 tourists to “Historic Armenia” over the past quarter of a century.

The 40-minute documentary comprehensively shows remnants of a millennia-old, ancient civilization, destroyed over the past 100 years.

If you have Armenian-American friends, classmates, or colleagues, it is likely their ancestors lived on this land for thousands of years, before
the Armenian Genocide of 1915 to 1923 led to, what Professor Richard Hovanissian calls, “The Vanishing Armenian Landscape.”